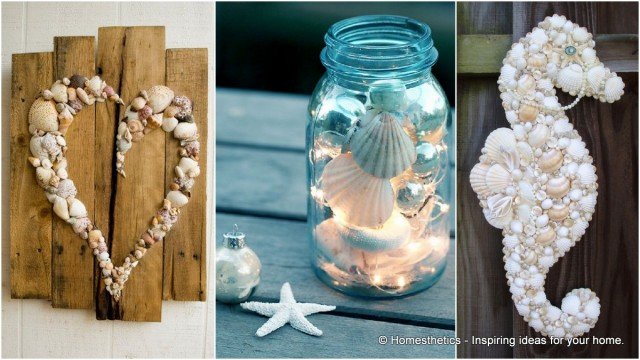 Sea shells can be used to make a variety of craft ideas and ornaments and they`re quite interesting because sea shells do come from the group of animals that carry shells on their backs. These mollusks as they are called leave behind a rich supply of mantle which are made from calcium carbonate. Shell collecting is an ardent pastime by many beach combers who love to indulge in recreating, designing, sculpting and painting these left behind exoskeletons that litter the seashore. As you must know, the collecting, crafting, selling and buying of sea shells is a big business.

Always be careful when picking up large sea shells on the shore with your bare hands even though many shell lovers still engage in the habit. Sea shells must be clean thoroughly before they can be used. Live sea shells or shells that still have live tissues in them are not always allowed to be collected by some states and more importantly, they might carry health threats; if you can collect them, then bury them in the ground so that insects and bacteria will clean out the remaining tissue. Other methods of cleaning are freezing, boiling and even placing them in your microwave.

Let’s cast a glance at the 21 mollusks that have been ingeniously crafted for commercial and home use.