To make these yummy roses first you have to take some puff pastry. Roll it flat and cut strips out of it. After that cut sausages in slices and divide each slice into half to form semi circles. Then take one strip and place the sausage slices in a row as shown. The length of strip depends on the size of rose you want. The longer the strip the larger the rose. After you assemble the sausage slices on the strip start rolling it and make a rose out of it. Pinch the end to secure the rose and prevent it from deforming. Brush the roses with beaten egg and bake until light golden. 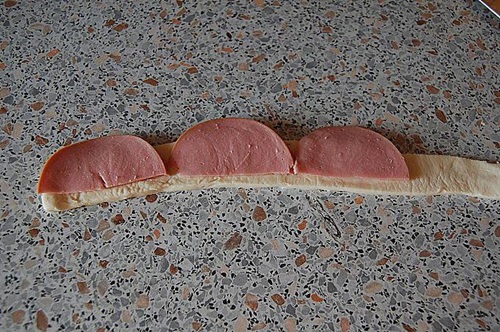 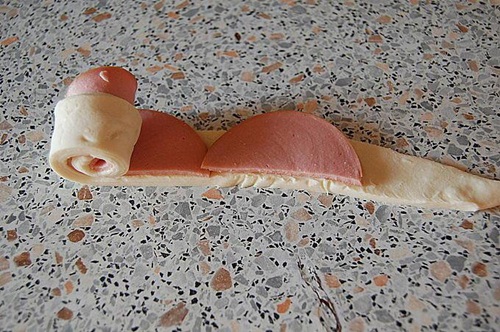 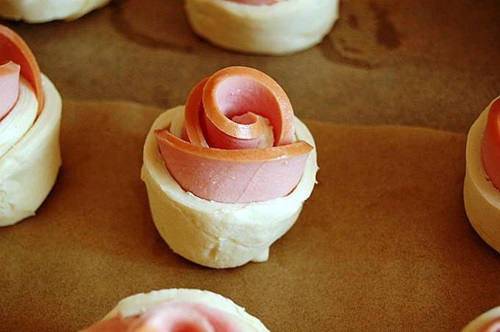 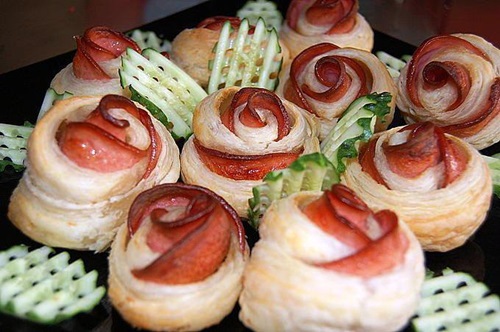 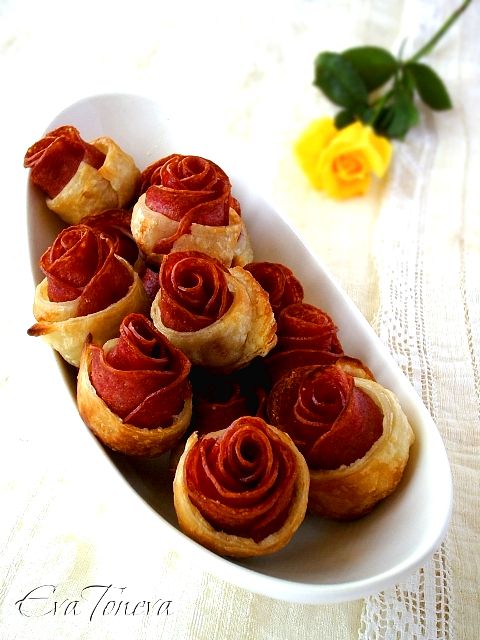 How to DIY Tempting No Bake Chocolate Lasagna